You are here: Home » Faculty Fellows 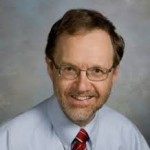 Jack Bales has been the Reference and Humanities Librarian at Mary Washington for more than thirty years.  His vocation is also his avocation, and his love of research has led to the publication of many articles, essays, and books.  He is currently working on a documentary history of the Chicago Cubs baseball team and posts much of his work on his web page, http://WrigleyIvy.com.

Janine Davis, Ph.D. is an assistant professor of Curriculum and Instruction.  She teaches courses in instructional design, advanced pedagogy, and educational research and mentors preservice student teachers.  Her research investigates preservice teacher persona and identity as developed in various formats, including through memoir, pecha kucha presentations, action research, and social media.  In the fall of 2014, she will teach ‘Who Am I This Time? Presenting the Self’ a Freshmen Seminar and relates closely to her research and work with the Domain of One’s Own initiative. For more information see janine-davis.com

Stephen J. Farnsworth, Ph.D., is professor of political science and international affairs at the University of Mary Washington, where he directs the university’s Center for Leadership and Media Studies. Dr. Farnsworth is the author or co-author of five books, most recently “The Global President: International Media and the US Government,” as well as a former Canada-U.S. Fulbright Research Scholar at McGill University. During more than a dozen years at the University of Mary Washington, Dr. Farnsworth has won three campus-wide teaching awards.  For more information, see  stephenfarnsworth.net.

Susan Fernsebner (@sfern) is Associate Professor of History at the University of Mary Washington, specializing in late imperial and modern China. She is currently working on research related to the history of childhood and play, material culture, and the intersection of colonialism and capitalism in the early 20th century.  She teaches  an array of courses on Chinese and East Asian history, including advanced classes in Gender in Chinese History, Chinese History through Film, and a Cultural History of Late 20th Century China. This coming fall she will be introducing an Honors First Year Seminar on the topic of “Toys as History.” Among her digital projects, she is editor of Gulou 鼓樓 (a.k.a. “Drum Tower”), a site for East Asia news and resources. For more info, see susanfernsebner.org.

Roberta Gentry is an Assistant Professor in the College of Education at the University of Mary Washington.  She teaches courses in special education, action research, and supervises student teachers.  Dr. Gentry is currently working on research related to electronic mentoring, the use of simulated learning environments in teacher education, mindful practices in schools, game based learning, and personalized learning/competency based learning.  Currently, Dr. Gentry is a Teaching Technology, and Innovations Fellow.  Her work in this role focuses on creating a broad-ranging set of approaches to help UMW faculty develop online or hybrid courses.  Visit Roberta’s Twitter account.

Shawn Humphrey is the founder of the Two Dollar Challenge, La Ceiba Microfinance, the Month of Microfinance, and the Poverty Action Conference.  He is also on the Board of Directors of Students Helping Honduras, a former Clinton Global Initiative University mentor and an Opportunity Collaboration alum. He is currently an Associate Professor of Economics at the University of Mary Washington in the Economics Department, where he has taught since 2005. His blog explores the do’s and don’ts of doing good, gives half-time speeches for those looking to make a dent in the world, and articulates his personal pedagogy of Tribal Teaching.     http://shawnhumphrey.com/

Steve Gallik is Professor in the Department of Biological Sciences at the University of Mary Washington.  He teaches Cell Biology, Histology and the Biology and Biochemistry of Proteins.  His scholarly work is split between studies of cellular processes and instructional technology.  Since 1993, he has worked extensively on the development of digital and web-based tools designed for use in the undergraduate biology teaching lab.  His work over the past 20 years has included an initiative that established one of the earliest classroom implementations of a wireless academic network on the UMW Fredericksburg campus and has culminated in the development of two on-line laboratory manuals routinely used in his undergraduate cell biology and histology teaching labs. The recipient of 6 UMW instructional technology grants & fellowships, Professor Gallik is currently transforming his conventionally-taught Biology and Biochemistry of Proteins course into an on-line course.  His on-line laboratory manuals can be found at http://stevegallik.org/biologyols_home.html.

Elizabeth Franklin Lewis (aka Betsy, and on twitter @elewisumw) is Professor of Spanish at the University of Mary Washington, where she teaches a wide variety of courses from beginning Spanish language to advanced seminars on Spanish literature.  Her research has centered on women’s literature from Spain’s Enlightenment period. Her digital humanities project Women and Charity in Spain 1787-1945 is a digital exhibition that has involved undergraduate research students in data collection,  the planning and composition of the exhibit, as well as in the creation of two searchable databases.  She has recently developed a new course, Digital Don Quijote, which uses Cervantes’ novel as a springboard for discussion of  issues from digital identity, digital libraries, and MOOCs. You can find more about her work on her website http://elizabethfranklinlewis.net and her on blog http://blog.elizabethfranklinlewis.net

Jeff McClurken is Professor and Chair of History and American Studies at the University of Mary Washington. His PhD in American History is from Johns Hopkins University. His research areas include the history of the Civil War, veterans, families, the Pinkertons, mental institutions, the 19th-Century American South, and the digital humanities. He teaches classes on a wide array of US History topics, including Civil War and Reconstruction, American technology and culture, digital history, women’s history, and history & film. His book, Take Care of the Living: Reconstructing the Confederate Veteran Family in Virginia, was published by UVA Press in 2009.  Information about his teaching and research can be found at http://mcclurken.org

Warren Rochelle has taught English at the University of Mary Washington since 2000. His primary teaching responsibilities include creative writing and literature, with a special interest in genre fiction. He is a rank beginner as a digital scholar ( and wonders if he has much claim to that title!). With the help of Ryan Brazell he developed a course in fantasy writing that required students to construct a website about their fiction. He has participated in various workshops here about digital scholarship, most recently the workshop on media and film making and the Faculty Domain of One’s Own Initiative.  http://warrenrochelle.com

Andréa Livi Smith is an assistant professor and Director of the Center for Historic Preservation at UMW. Smith was awarded the Innovative Digital Pedagogy Fellowship in 2013. Smith’s work is entwined with technology on many levels; she particularly strives to use technology to connect students, encourage development of new skills, and reduce paper-dependency. All of Smith’s courses as well as her professional portfolio are at http://andrealivismith.com. Smith’s classes take advantage of numerous – and varied – digital tools such as WordPress, InDesign, SPSS, twitter, ZenPhoto, and SimCity. Examples and details are available on her site. Smith has been serving as webmistress for the Department and Center for Historic Preservation since 2009 and is also the webmistress for the National Council for Preservation Education. Smith blogs at Digital Bridging, and also keeps an active Tumblr and Twitter.

Zach Whalen is an Assistant Professor in the Department of English, Linguistics and Communication at the University of Mary Washington. With Laurie N. Taylor, he is the co-editor of Playing the Past: History and Nostalgia in Video Games, published by Vanderbilt University Press in 2008. Whalen’s teaching focuses on the critical study and practice of digital media including video games, electronic literature, comics, and transmedia. He has published several journal articles and contributed book chapters on video games, including an article in Game Studies: The International Journal of Computer Game Research and book chapters on Silent Hill, Grand Theft Auto, and early game consoles. His current research project focuses on the textual properties of video games. Visit Zach’s website here.